The Human Tradition in Modern Europe, 1750 to the Present 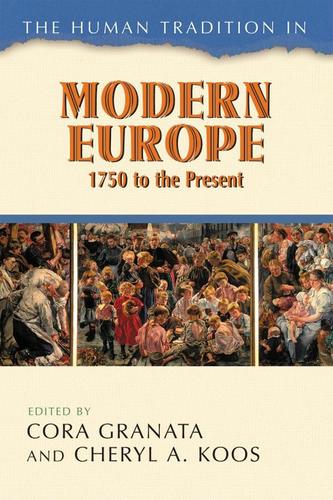 This engaging and humanizing text traces the development of Europe since the mid-eighteenth century through the lives of people of the time. Capturing key moments, themes, and events in the continent's turbulent modern past, the book explores how ordinary Europeans both shaped their societies and were affected by larger historical processes. By focusing on the lives of individual actors, both famous and obscure, students can gain a sense for how the well-known revolutions, wars, and social transformations of the modern era were experienced in private homes, work places, political forums, and on battlefields throughout the region.Fittingly, the book opens with the French Revolution and concludes with the fall of the Berlin Wall and the collapse of Eastern European communism. Throughout, the contributors use compelling biographies to examine many of the major events and developments in European history, including the age of reaction and revolutions in the early nineteenth century; industrialization; Victorianism; new imperialism; fin de siècle culture; the first and second World Wars; the Russian Revolution; Italian fascism, Nazism, the Holocaust, and decolonization; Americanization; and the 1968 youth revolts.Contributions by: Karin Breuer, Helen Harden Chenut, John Cox, Stephen P. Frank, Cora Granata, Maura E. Hametz, Michael Kilburn, Cheryl A. Koos, Robert A. McLain, Karen Petrone, Paolo Scrivano, Alyssa Goldstein Sepinwall, Matthew G. Stanard, Michele M. Strong, and Patricia Tilburg